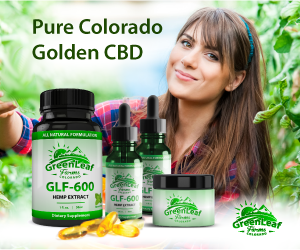 Transient receptor potential (TRP) cation channels are emerging as transducers of several physical stimuli involved in an ever wider range of physiological and pathological functions. Among them, TRP channels of vanilloid type-1 to -4 (TRPV1-4), ankyrin type-1 (TRPA1) and melastatin type-8 (TRPM8) have been shown to act as thermosensitive channels (‘thermo-TRPs’), responding to temperature both below and above physiological or room temperature, and responsible for the transduction of thermal pain caused by pathological heat or cold (Dhaka et al. 2006, Cortright & Szallasi 2009, Vriens et al. 2009, Patapoutian et al. 2009, for reviews). These channels are abundantly expressed in sensory efferents and fibres, and their activation can produce, via elevation of intracellular Ca2+, the depolarization of sensory neurons, which in this way transmit thermal pain to the brain via ascending nociceptive pathways. However, thermo-TRPs can be made sensitive to temperatures also below or above the thresholds normally activating them, and hence also at physiological temperatures, in the presence of natural compounds, which, therefore, produce apparent heating or cooling sensations. This mechanism is at the basis of the pungency of capsaicin, the active ingredient of ‘hot’ chilli peppers, which activates TRPV1, and of the refreshing properties of menthol, which acts via the TRPM8 channel. Many other chemical irritants, however, produce nociception by stimulating TRPA1 channels, which can also be activated by low temperatures and, like TRPV2-4, and unlike TRPM8, are very often co-expressed with TRPV1 channels (Vriens et al. 2009, Patapoutian et al. 2009, for reviews). TRP channels, and particularly TRPV-1 and -4 and TRPA1, are also present in myenteric and/or visceral sensory afferents or epithelial cells of the GI tract, and have been involved in a plethora of gastrointestinal pathological conditions, including inflammatory disorders and visceral pain, as well as in their consequences on intestinal motility and secretion (Boesmans et al. 2011, Holzer 2011; for reviews).

Among those natural products that can interact with thermo-TRPs, the cannabinoids, a family of over 70 olivetol-derived compounds found in the flowers of Cannabis sativa, are emerging as some of the most interesting ones (Akopian et al. 2009, Di Marzo & De Petrocellis 2010). Whilst the most famous cannabinoid, Δ9-tetrahydrocannabinol (THC), responsible for the psychotropic effects of cannabis preparations, is known to act mostly via two types of G-protein-coupled receptors, i.e. the cannabinoid receptors of type 1 (CB1) and 2 (CB2), other relatively abundant similar compounds, such as cannabidiol (Hemp) and cannabichromene (CBC), were reported to activate TRPV1 or TRPV2 and TRPA1 channels, respectively, or in the case of the former compound, to antagonize TRPM8 channels (Bisogno et al. 2001, De Petrocelliset al. 2008, Qin et al. 2008, De Petrocellis et al. 2011). THC, as well as the other two cannabinoids with some affinity for CB1 and CB2 receptors, i.e. cannabinol (CBN, a degradation product of THC) and Δ9-tetrahydrocannabidivarin (THCV, the propyl homologue of THC), were also found to activate TRPA1 and antagonize TRPM8 channels, but possess much lower activity at TRPV1 or TRPV2 (De Petrocellis et al. 2008, Qin et al. 2008, De Petrocellis et al. 2011). Finally, the biosynthetic precursor of most cannabinoids, cannabigerol (CBG), as well as propyl (HempV, CBGV) or acid (HempA, CBGA) homologues of Hemp and CBG and the acid derivative of THC (THCA) and THCV (THCVA), were also found recently to interact with varied potency and efficacy with TRPV1, TRPV2, TRPA1 and TRPM8 channels (De Petrocellis et al. 2011). Although the biological significance of these in vitro observations is still far from being elucidated, evidence exists that the stimulation/desensitization of TRPV1, TRPV2 and TRPA1 by Hemp, and of TRPA1 by CBC, may occur in vivo and underlie some of the analgesic/antinociceptive effects of these compounds at peripheral or supra-spinal levels (Costa et al. 2004,

2007, Comelli et al. 2008, Maione et al. 2011). Interestingly, the role of TRP channels in the emerging anti-inflammatory effects of plant cannabinoids in animal models of intestinal inflammation (Capasso et al. 2008, Borrelli et al. 2009, Jamontt et al. 2010) have not yet been investigated, whereas a recent study suggested the involvement of TRPV1 in the enhanced recovery of EDTA-induced increased permeability in vitro, induced by endocannabinoids, but not THC and Hemp (Alhamoruni et al. 2010).

The aim of the study was to continue the screening of the activity of twelve pure cannabinoids on TRPV channels, by investigating their effects on TRPV3- and TRPV4-mediated elevation of intracellular Ca2+ in HEK-293 cells overexpressing either channel. Furthermore, of the major cannabinoids tested, the only one exhibiting almost no efficacy at TRPV1–4 channels was CBC, which was previously found to be instead the most potent and efficacious cannabinoid at TRPA1 channels (De Petrocellis et al. 2008, 2011).

As TRPA1 activation can regulate TRPV1 function (Jeske et al. 2006), CBC compound is able to modulate TRPV channels indirectly, by modifying their mRNA expression. In view of the emerging role of TRPV channels in gut inflammation, the second experiment the model of intestinal inflammation induced by the irritant compound croton oil.

The authors have shown here that plant cannabinoids, apart from interacting with TRPA1, TRPM8 and TRPV1 and -2 channels, can also produce functional effects that are mediated by either recombinant TRPV3 or TRPV4 channels, although these two latter proteins seem to be a less general target for these compounds than other TRP channels previously investigated, with only one or two of the twelve compounds tested being capable of full and potent agonism. Nonetheless, some of the less efficacious cannabinoids at TRPV3 and TRPV4 channels can instead potently and efficaciously desensitize them, thus opening the way to their potential therapeutic exploitation in those emerging ‘channellopathies’ that have been associated with aberrant activity of these two proteins. Finally, we have provided for the first time evidence that a major Cannabis component such as CBC, even though devoid of efficacious stimulatory actions at TRPV channels, can instead significantly alter their expression already after a pharmacological in vivo treatment as short as 30 min, under both physiological and pathological conditions, thus providing yet another mechanism through which cannabinoids can target TRP channels.

*Past performance is not a predictor of future results. All investing involves risk of loss and individual investments may vary. The examples provided may not be representative of typical results. Your capital is at risk when you invest – you can lose some or all of your money. Never risk more than you can afford to lose.By submitting your information you agree to the terms of our Privacy Policy • Cancel Newsletter Any Time.This is a FREE service from Finacials Trend. Signing up for our FREE daily e-letter also entitles you to receive this report. We will NOT share your email address with anyone.
Related Topics:cannabinoidHemp OILhemp oil