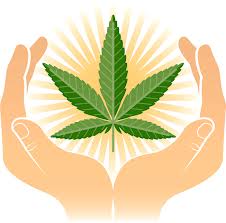 Boston, MA, 04/15/2014 (medicalmarijuanareporter.com) – The Mounties reported confiscating two shipments at a British Columbia airport which were believed to be carrying prohibited items.

RCMP’s B.C. detachment, the Kelowna, said that the shipments were bound for authorized producers of medical marijuana in Ontario. However, the contents of the two shipments failed to match what was actually authorized to be shipped. The confiscation was reported on the day when Health Canada legalized companies to buy seeds and plants from marijuana patients who were allowed to grow marijuana under Health Canada’s earlier rules.

The government approved producers of medical marijuana were allowed to buy materials necessary for the production until March 31. They could have availed the materials from small time producers and the act was legalized under the Medical Marijuana Access Regulations of Canada. But the license ended on April 1. On its website the RCMP said in a statement that if the activities are carried on beyond the scope of these licenses, its role allows it to implement the Controlled Drugs and Substances Act. The RCMP hence said that it took the step in accordance with this authority.

The shipments were addressed to the companies Tweed Inc and Mettrum. Both insisted that they had been approval for the shipments from Health Canada. Both the companies have decided to desert the shipments. Tweed Inc. however said that it had received approval only to import cut or mature plants or even in production materials but not dried marijuana which is purchase ready. None of the parties however have disclosed the actual contents of the shipments. It is being speculated that the contents included plants or seeds in an unacceptable state or may be included the prohibited dried marijuana.

Health Canada did not comment on the issues but said that the purchase of starting material for marijuana production from an MMAR grower is not legal since April 1.

*Past performance is not a predictor of future results. All investing involves risk of loss and individual investments may vary. The examples provided may not be representative of typical results. Your capital is at risk when you invest – you can lose some or all of your money. Never risk more than you can afford to lose.By submitting your information you agree to the terms of our Privacy Policy • Cancel Newsletter Any Time.This is a FREE service from Finacials Trend. Signing up for our FREE daily e-letter also entitles you to receive this report. We will NOT share your email address with anyone.
Related Topics:British Columbia airportMettrumMMAR growerRCMP’sTweed Inc