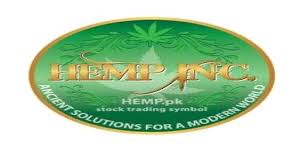 Boston, MA, 08/12/2014 (medicalmarijuanareporter) – Everyone is aware that marijuana is getting major acceptance at all levels, in both medicinal and recreational forms. This acceptance is changing legal system also. Only at federal level, it is still illegal and a punishable offence. The Centre and Federal laws are conflicting. Either Federal government to prosecute marijuana users or else accept or permits complete legalization of the drug. As per Andy’s report,Replica Breguet Watches second option is more viable. This will be beneficial for all marijuana manufactures, however, certain companies are not profitable like Hemp Inc. (OTCMKTS:HEMP). The company’s stock is also a risky micro-cap to buy.

Andy Obermueller, the editor of “Game-Changing Stocks “has released annual report named “shocking predictions report” for the year 2015. Andy basically tracks and predicts that segment of market which carries maximum growth opportunities. His predictions have been proved accurate. This time it’s the turn of marijuana industry.

According to the reports by ArcView Market Research, legalized cannabis sales were $1.43 billion in 2013 while it grew about 64% to $2.34 billion in 2014. This rate of growth is much high in comparison to sale of smartphones. According to ArcView, more than 5 lac Americans will buy legalized marijuana by the end of this year. Andy believes that by the end of 2015, marijuana will be legalized in all 50 states, according to shocking predictions report. However, how this will help Hemp Inc. (OTCMKTS: HEMP). is still unknown? The companies with existing good product line and revenue with an uptrend can become a potential pick by the buyers. The market capitalization and volume can also play a vital role, as confirmed by Andy further.

A few days back, Hemp Inc. (OTCMKTS:HEMP) approached US Securities and Exchange Commission to stop manipulation of company’s stock which was traded illegally by inflating the price. Keeping the volume in mind, in January 2014, Hemp Inc. was traded in massive volume, which suggests that it was targeted for stock manipulation by the defendants.

*Past performance is not a predictor of future results. All investing involves risk of loss and individual investments may vary. The examples provided may not be representative of typical results. Your capital is at risk when you invest – you can lose some or all of your money. Never risk more than you can afford to lose.By submitting your information you agree to the terms of our Privacy Policy • Cancel Newsletter Any Time.This is a FREE service from Finacials Trend. Signing up for our FREE daily e-letter also entitles you to receive this report. We will NOT share your email address with anyone.
Related Topics:HEMP INC.Hemp Inc. (OTCMKTS:HEMP)OTCMKTS:HEMP