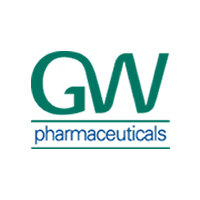 GW Pharmaceuticals PLC- ADR (NASDAQ:GWPH) released financial report for the third quarter ended June 30, 2017. Justin Gover, the CEO, reported that he is delighted to report the NDA filing procedure for Epidiolex is now ongoing with the final sections of the filing anticipated to be completed in October.

The company is recording remarkable progress with preparations to record a highly successful launch in next year. Following the recent issue of its first Phase III study in The New England Journal of Medicine, they look forward to more Epidiolex data presentations and publications in the second half of the year. Additionally, the focus remains on growing cannabinoid pipeline where they have advanced numerous additional exciting clinical programs.

NDA rolling filing for both LGS and Dravet indications is ongoing while pre-clinical module has been submitted. Clinical module filing is in progress. CMC module submission is anticipated in October. The company anticipates EU regulatory filing in Q4 2017. Phase 3 Dravet syndrome study is issued in The New England Journal of Medicine. Phase 3 study in Tuberous Sclerosis Complex is underway. Part A of 2-part Phase 3 study in Infantile Spasms is ongoing. Numerous abstracts have been submitted to American Epilepsy Society during annual meeting.

Manufacturing scale-up is on track to offer considerable projected commercial release inventory. Preparations are on track for FDA GMP inspection expected in early 2018. More than 1,500 patients are exposed to Epidiolex treatment while 97% of subjects who completed Phase III studies have entered long term extension.

*Past performance is not a predictor of future results. All investing involves risk of loss and individual investments may vary. The examples provided may not be representative of typical results. Your capital is at risk when you invest – you can lose some or all of your money. Never risk more than you can afford to lose.By submitting your information you agree to the terms of our Privacy Policy • Cancel Newsletter Any Time.This is a FREE service from Finacials Trend. Signing up for our FREE daily e-letter also entitles you to receive this report. We will NOT share your email address with anyone.
Related Topics:GW Pharmaceuticals PLC – ADR (NASDAQ:GWPH)GW Pharmaceuticals PLC- ADRNASDAQ:GWPH