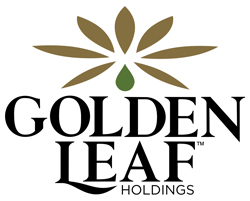 Golden Leaf Holdings Ltd (CNSX:GLH) reported the resignation of Don Robinson as its CEO and as a member of the company’s board. Robinson has resigned from his current role to pursue other interests in the coming period. The firm reported that William Simpson, who is the President of company, has been selected as the new CEO.

Gary Yeoman reported that on behalf of the company’s board, he would like to thank Robinson for his contributions to the firm over the preceding 2 years. Simpson reported that he is extremely thrilled about this prospect to act as the firm’s CEO and he look forward to emphasizing on bringing cost efficiencies and restructuring the firm’s businesses in an attempt to enhance shareholder value.

In unrelated news, Golden Leaf reported that the firm has satisfied the due conditions for the issue of the escrowed funds from company’s previously reported brokered private placement worth C$35 million of subscription receipts, which concluded on June 2, 2017.

Pertaining to the escrow issue, as many as around 125 million Subscription Receipts released under the Offering have been exchanged into around 125 million common shares and nearly 62 million purchase warrants of the firm. Each Warrant allows the holder to buy single Common Share at a price of $0.37 a Warrant Share, till June 2, 2019. All securities released under the offering remain subject to a legal hold period of 4 months and one day, closing on October 3, 2017.

Further to Golden Leaf’s press release of July 10, the firm has used a share of the escrowed proceeds to support the cash consideration outstanding to the vendors pertaining to the closing of the Chalice deal and issued nearly 83 million common shares to the Chalice merchants. As it is known, Golden Leaf is a leading cannabis oil and solution provider firm in North America.

*Past performance is not a predictor of future results. All investing involves risk of loss and individual investments may vary. The examples provided may not be representative of typical results. Your capital is at risk when you invest – you can lose some or all of your money. Never risk more than you can afford to lose.By submitting your information you agree to the terms of our Privacy Policy • Cancel Newsletter Any Time.This is a FREE service from Finacials Trend. Signing up for our FREE daily e-letter also entitles you to receive this report. We will NOT share your email address with anyone.
Related Topics:CNSX:GLHGolden Leaf Holdings LtdGolden Leaf Holdings Ltd (CNSX:GLH)